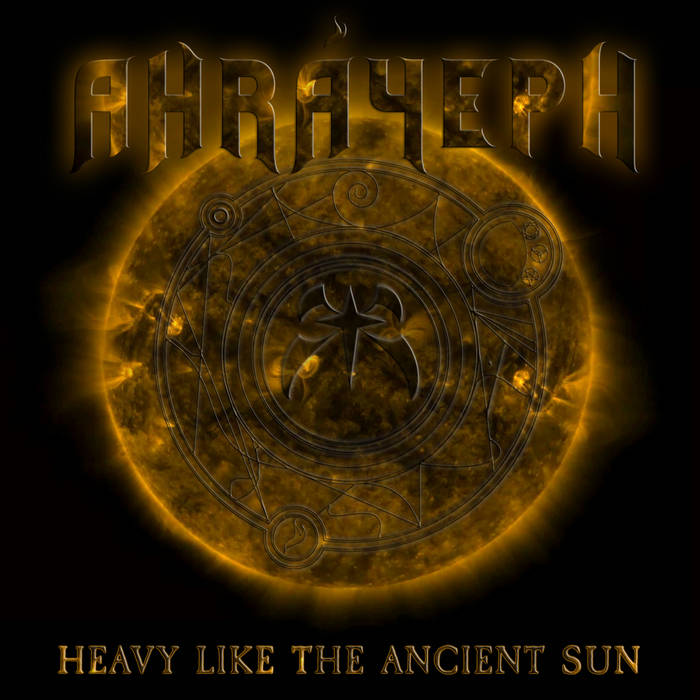 Today, the day of this album's release, marks what should have been the 60th birthday of one of the best friends I've ever had, a Glaswegian who identified himself as James Blaast!™. Yes, with the exclamation point and the trademark symbol included. He was the one who bestowed the ‘Prog Goth’ label on Ahràyeph first. James died unexpectedly two days after his 58th birthday, which was the day we had last spoken. I even played 'Happy Birthday' on my guitar for him while Facetiming, which made him laugh. After a slew of medical mishaps, none of which contributed to his sudden death, he was happy and content. He hadn't always been, as will be evidenced in some of the songs you'll find on this release.

To say I was devastated by his death, just two days after we had spoken and he seemed in good health - for the Type 2 diabetic with neuropathy he was - is not an understatement, and it made for a sad trip to Glasgow, the city where he lived and of which he was a very proud son. I was welcomed there by his 95 year old mother, the inimitable Molly, who sadly went to join her son last January.

At the wake in the weekend before his funeral, I came up with the plan to pour my grief and the testament to our close friendship into an album, which was met with support from all in attendance. What you see here, is the result of that plan. And I didn't do it completely alone this time. James had more musician friends than just me, and while some had to pull out at the last minute due to circumstances beyond their control, Tom Rafferty of Glasgow band The Primevals kindly contributed two solo spots. I cannot thank him enough and James would have loved us working together. Also on board, albeit in an indirect way, is another of my oldest friends, Kurt De Bruycker, who many moons ago arranged a song I had written on guitar on piano, and for which I later arranged an additional cello part, and had also recorded it at the time with the intent of using it on a Crucifire demo. I never could make it fit in anywhere, as lyrics never seemed to work, but I felt it would make a fitting tribute to Molly, so it finally has been put to good use.

I wrote these songs about some key aspects of James' life and some events we experienced together, like the weekend he flew in to attend the first ever Ahrayeph gig, which he had dubbed 'The 22nd Movement', taking place on September 22nd of '07 as it did. The movement was all his, of course.

James Blaast!™ was many things, but never a one dimensional kind of person, and I'm a better person for having known him. I hope I'll see him again when my number is up. But on this day and with this release, I will raise a glass to him. Or, as the man himself used to say it : GET IT RICHT UP YE!

Recorded, mixed and mastered at Rose Creek Studio, May through August 2018 by Raf Ahrayeph

All songs by Raf Ahrayeph
All instruments played by Raf Ahrayeph
Solo guitar on 'MAIR BASS!!!' and '08-13' by Tom Rafferty
Piano & piano arrangement on 'For Molly' : Kurt De Bruycker