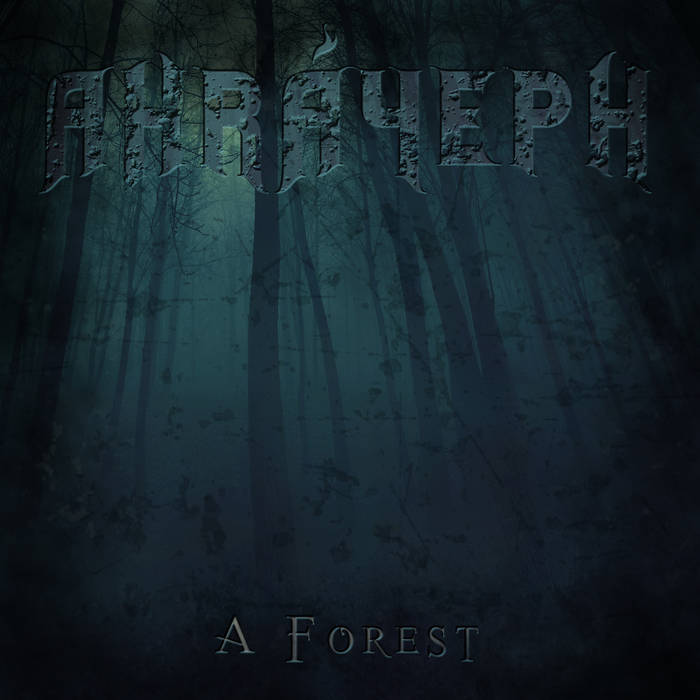 This is the daddy of them all, this is what started the 'Ahráyeph sound'.

At the tail end of Crucifire, when the band was already a drug addled train wreck - myself included, I must confess, I came up with this adaptation of what is arguably The Cure's most famous song. I was tired of the metal part of Crucifire's sound and was looking for one with more dynamics, more open and warmer, but still with plenty of bite. I had been listening to the 'Staring At The Sea' compilation and I realised when this song came up, it always had a profound emotional effect on me, and that I should try to capture that feeling in my own take on it.

So the next day, I recorded the guitar and bass parts. Once I had the first guitar riff, the drone part, everything came together quickly. I then showed them to David and P, the only other band members Crucifire had left. David came up with a great drum part to complement the other instruments, I showed P his guitar part and we recorded a demo, which I liked a lot. It ended up doing the rounds at my local waterhole a year later where it was received warmly by the plethora of Cure fans who were then bar regulars. But by then, Crucifire had dissolved, so we never got to play it live.

At the time of recording, I always had felt it lacked a synth part, but since we didn't have a keyboard player anymore and no decent synthesizer to work with, it didn't happen. However, with the advent of synthesizer computer plugins, I picked up the idea again back in 2006, and I happened upon this weird 'voice' part while running through sounds one rainy afternoon. If you compare it to other synth parts on Ahráyeph songs, it isn't a big one, but it complements the song's sound perfectly and, more importantly, it augments its mood, making it even better. And in 2007 I finally did get to play it live, at Ahráyeph's first ever gig with the Mk.I line up. I did a remake in 2011 to make it fall in line with the rest of the songs, as I hoped to play it live again. Unfortunately, this wasn't to be. And just last week, I felt I should record and mix it one more time, because I felt I could still do better. This time around, I redid everything and recorded all instruments and the vocals from scratch and spent considerable time giving all of it a new mix, as technology has progressed, as have my mixing skills. Will it be the very last time I'll remix it? I don't know; I'm a perfectionist after all and while I'm happy with the way it sounds right now, I might not beat some point in the future...

But here it is as it is now, the origin of Ahráyeph's signature sound. I hope you like it as much as I still do after all those years...