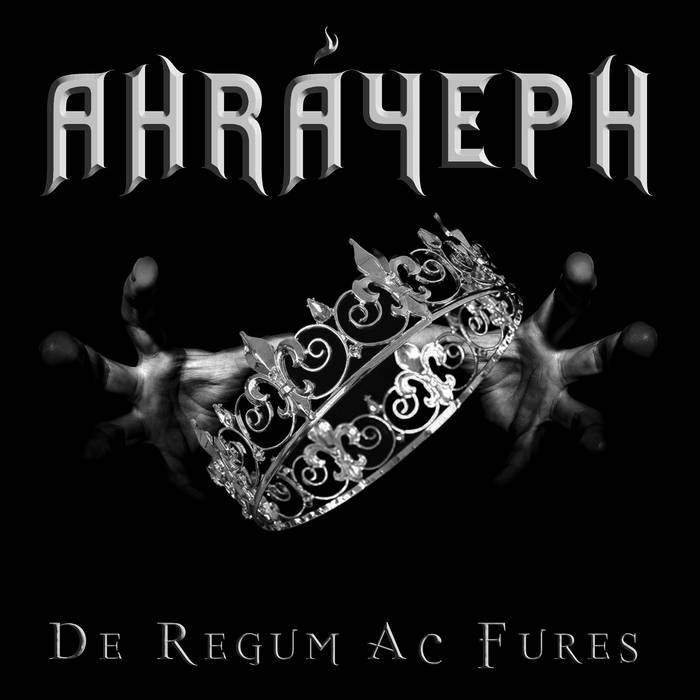 Although this song was demoed already back in 2008 and the bulk of it was finished in 2009, I chose to let it lie, because I felt it had a too familiar sound that I was trying to get away from for obvious reasons. Never wrote lyrics for it, either.

Enter Tom Stamates, DJ and station manager of the fabulous Goth Internet radio station Cathedral 13 (www.cathedral13.com). Tom has supported Ahráyeph ever since he got to know the music through another C13 DJ and long time Ahráyeph supporter, Oskar Terramortis, who played Ahráyeph regularly on his Necromanteion program.
Anyhow, Tom contacted me around the Summer Solstice of 2013 with a reasonable request : seeing as C13 was celebrating its eleventh year of broadcasting, would it be possible for me to contribute anything special, unreleased, remixed perhaps? This got me thinking.

There were at least two or three leftovers from the 'AnimAElegy' sessions (all of which have been released at the time of this rewrite in November 2017) even though they weren't part of the album I had in mind and you now know. I didn't want to disappoint Tom. He's a great guy, and he gives Ahráyeph a lot of airplay. So I rummaged through my catalogue, knowing I had little time to come up with something, since the deadline was four days later.

Then I heard this demo again, and I thought 'Why the hell not?' After all, it has a great drive, and it wasn't all that long or complicated, so I wouldn't have to spend a large amount of time working on getting it to sound right and adding the necessary details like synths and assorted atmospheres, which it didn't have at the time of recording. Oh, and lyrics and vocals too, of course.

What does it all mean? Well, there is a lot of symbolism in this song, however, it will largely sail past the uninitiated. The title itself, when translated to a non-dead language, is a big clue. So much for explanations, I'm already giving away too much. Although, perhaps one last hint : the clean guitar melody which opens the song and is the recurring theme is another big musical reference to the lyrical subject. The clincher is that I didn't even realise it until I had written the lyrics and nearly finished the song. Talk about serendipity...

As it's been a while since it's had its début streamed on C13, and in the afterglow of finishing the updated digital edition of the 'AnimAElegy' album, I just decided to give this song the same treatment. While happy with the song at the time, it was done under time constraints, which meant it could have been better. And refinishing it now - with new guitar tracks, new drums, new production and new and very much improved artwork to boot - I know I was right. I hope you do too.

Vanity, all is Vanity
And chasing Wind
Drink in Insanity
Spit out Respectability

Violence is your answer
Words like blunt Knives
So Powerless speaks of Power
Deaf and Blind, in your Ivory Tower

Walk, walk the High Wire
Mad with Ill Desire
Drift towards the Mire
This Ship is going Down

Who’s anointed King and
Who is damned the Thief?
I know, we know

Who’s the Beggar and
beggars Belief?
We know
You ignore

Vanity, all is Vanity

released November 15, 2017
All instruments, vocals, programming and arrangements by Raf