Leaving [By The Roadside] 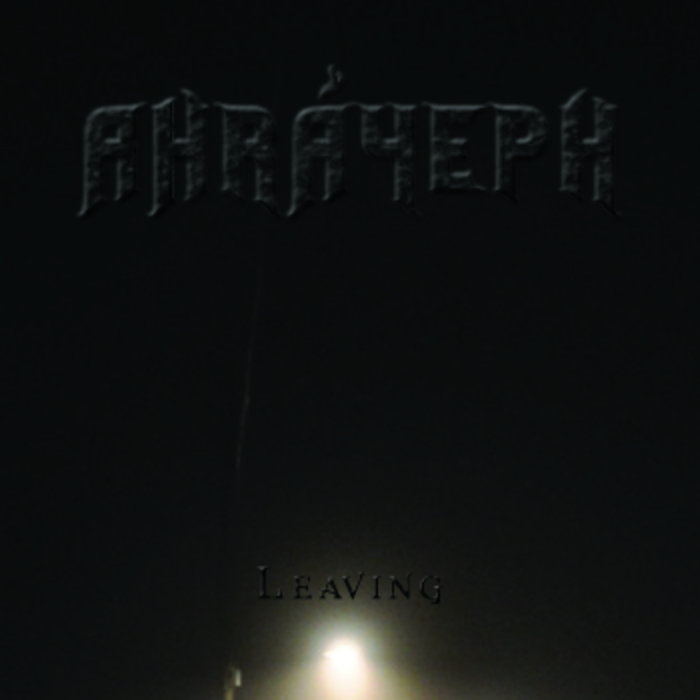 I always wanted to cover a Sophia song, as well as one from The God Machine's catalogue. However, I never found the right angle, as these songs were just so great the way they were recorded that I never felt I could alter them in a way that would do them justice. Until 'Leaving' came about.

The whole of Sophia's last album 'There Are No Goodbyes' resonated with me on a deeply personal level, as it came at a time where the subject nature of those songs hit very close to home, especially 'Leaving'. It's not for nothing Robin Proper-Sheppard calls this album the darkest he's ever done, even in what seem to be the 'cheerful' songs, which are contrasted by the darkness of the lyrical subject matter.

So, listening to 'Leaving' over and over, I picked up my black - of course - guitar and started playing along, to find to my surprise that there was the angle I'd been looking for all those years. I was ready to finally record that Sophia cover song. The idea still lingered for a while, until I mustered up all my courage and asked Robin permission to record it. He graciously said yes, for which I can't thank him enough.

But while I was in the process of recording I felt 'Why stop here?'. 'Leaving' was just the end of a story which had an epilogue. And the sentiments in that epilogue were very much reflected in part of the chorus of The God Machine's 'Boy By The Roadside', another dark gem from the magnificent 'One Last Laugh In A Place Of Dying' album, which at the time of its release lived in my CD player for two years straight. Yes. Lived. So I tagged on that chorus part of 'Boy...' at the end of 'Leaving'. It was a perfect match.

I am very proud of this cover song. These are Robin's words and melodies, but I poured my heart and soul into them and I think it shows.
And today, a month and a bit after release, Robin informed me he likes what I did with his song(s) :

"...most importantly, I know how much these songs meant to you and I think the thought and emotion you put into them have really done them justice.

The thing that I appreciate the most is that these aren't the most complicated nor virtuoso songs, quite simple in fact, but it was the original emotion that you related to and wanted to interpret in your own way and that makes me feel great."

I could not have put it better myself : it's all about connecting with the emotion.

Listening advice : best enjoyed in a darkened room, at night, with a single lit candle in the middle...

Boy By The Roadside :

Remixed and remastered by Ahráyeph at Rose Creek Studio, February 2017