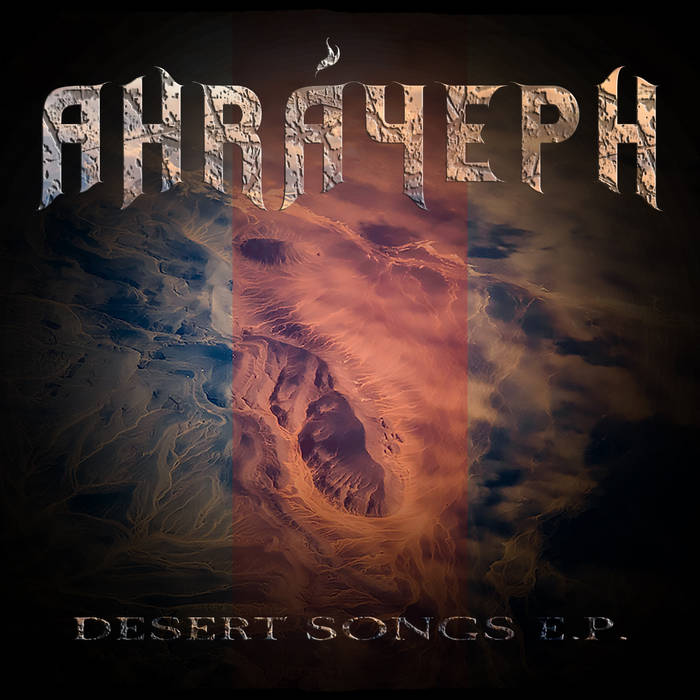 'Perish' is the last song from the 1996 Crucifire demo and ties up the nostalgia trip to the band before it became Ahrayeph. All original songs have now been re-recorded (we did record a cover of a Flemish rock band and put English lyrics on it, but frankly, I don't even remember how to play it and it's not really that important, even though it's a good song in its own right) and are featured on one Ahrayeph release or another, and they sound a hell of a lot better than that old demo ever did, which is quite understandable, as I, as a first time producer and engineer didn't know what the hell I was doing, even if the intuition was there and I got a few things right on instinct. But its sound sucked, and I'll happily take the blame for that. So I'm really happy I was finally able to give these songs a new lease on life, because, in my opinion, the songwriting is the one thing that didn't suck.

The lyrics, however, also did. You're at a disadvantage when you don't grow up as an English native speaker and write lyrics in that language. Even though my proficiency in speaking English was never lacking and there were a few gems among the lyrical mud on the demo, I did lack the literate skills I so admired in the lyricists and poets I looked up to and it took quite some work to find my own lyrical style. It's easy to ape someone else, but finding my own 'voice' was always the objective. I succeeded eventually, but I sometimes wish I had gotten there a bit earlier. Oh well... In any case, all the Crucifire songs now have lyrics that are much less sophomoric than what I came up with at the time, even if I stayed true to their subject matter. I like it, you decide if you do too.

I remember this was one of the very first songs I wrote, and I recorded an instrumental version with my friend Kurt on a four track cassette recorder I borrowed from a fellow musician (I recall borrowing his bass as well) back in the late Spring of 1995. It was then the first part of the original 'Rain Suite', and was called 'Downfall'. One year later, and I was recording the Crucifire songs, which had come together in the rehearsal space, on the first digital eight track home recorder, a Roland VS-880 EX. I did a lot of the work at home, 'The White Square', after which that song was named, because it was a great recording space to record everyone's parts in except the drums and electronic percussion. For this song, all parts were recorded before I went on tour through Europe with Ancient Rites, the metal band I had joined a few months before. Only the solo was lacking, because I just didn't feel comfortable with what I had come up with before I loaded my gear into the camper van, ready to hit the road.

Getting back from the tour, I was glad to be home, even though I called A.R.'s singer the next day to ask when we would get back on the bus again, as I was hooked on the life on the road; I just needed a night at home to relax and recuperate after an intense and chaotic time on and off stages throughout Europe, full of highs and lows in true Spinal Tap fashion. I had only gotten home a few hours, feeling comfortable and very, very stoned, when at 2 AM, I fired up the VS-880, and tackled that solo without even thinking. Honestly, it's the best thing on that demo and I wish I still had the original tracks and the means to transfer them to a hard drive, because the solo I've recorded now may largely be the same, but it's a recreation of a synchronistic moment, where I just laid down a solo in one take, which had all the feel and intensity it needed. I immediately felt it was right and didn't even go for another take. Got it in one. Good times...

I may group the Crucifire songs together in one release in the future in their original order, so you can get an idea of where we were at at the time, but for now, you can enjoy them all over Ahrayeph's official releases, this one included.

Shame, Shame upon me now

Meet thy Woman, Misery
Take her hand, be led astray
Love is THE Illusion
The Third Art's Delusion
Chain your Self, Degrade yourself
Perish
Let your Self be washed away

Shame, Shame upon me now
Mind turns to Insanity
Unclean Soul, still Unforgiven
And dying in the Womb of its Heart

Somewhere in the Distance, a Light shines insistent
But the Vision fades